Archdeacon Thomas of Split (1200/1-68) was one of the most interesting persons of medieval Croatia and an active participant in many events of the contemporary public, political and particularly ecclesiastical life of his native Split/Spalato. His Historia Salonitana, ever since it was first published by Johannes Lucius (Lučić) in 1666 became a part of the corpus of European medieval literature.

Damir Karbić is department head and research coordinator at the Department of Historical Research of the Institute of Historical and Social Sciences, Croatian Academy of Sciences and Arts. Between 2001 and 2009 he taught medieval history and study of history at the Centre for Croatian Studies of the University of Zagreb.

Olga Perić is Professor in the Department of Classical Philology, Faculty of Humanities, University of Zagreb. Together with Mirjana Matijević Sokol she was co-editor of the critical edition of the Historia Salonitana. Her major publications include editions of Latin rhetorical writings such as the 1493 letter to Pope Alexander VI of Bishop George Divnić of ©ibenik, and the funerary oration for Faust Vrančić by John Anthony (Tomko) Mrnavić.

James Ross Sweeney, Professor Emeritus, Pennsylvania State University, a historian of the relations of the Papacy and Hungary, has published several articles on Thomas of Split/Spalato and the history of the Crusades. He is also co-editor of the Decreta Regni Mediaevalis Hungariae/The Laws of the Medieval Kingdom of Hungary series. 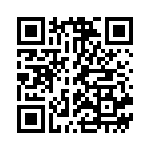