Rochelle Saidel is founder and executive director of the Remember the Women Institute in New York and senior scientific researcher at the Center for the Study of Women and Gender at the University of São Paulo. She is author of Never Too Late to Remember: The Politics behind New York City's Holocaust Museum and The Outraged Conscience: Seekers of Justice for Nazi War Criminals in America. 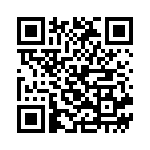